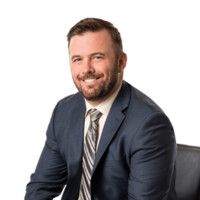 Assemblyman Lorena Gonzalez (D-San Diego) recently introduced Assembly Bill 701 which would require "specified employers" to provide written descriptions of any quotas used, as well as any potential adverse consequences for failing to meet the specified goals. In addition, any changes to quotas must also be conveyed to the employees in writing, and failure to disclose or update quotas would prohibit an employer from taking any adverse action against an employee for under-performing.

The need for the legislation is premised upon the assumption that "quotas generally do not allow for workers to comply with safety guidelines or to recover from strenuous activity during productive work time, leaving warehouse and distribution center employees who work under them at high risk of injury and illness." In furtherance of its purpose, it would forbid employees for being punished for failing to meet a quota that did not meet the as yet to be determined standards of the Division of Occupational Safety and Health. The bill would also grant DOSH they authority to subpoena and inspect records of warehouse distribution center quotas.

While the bill itself neutrally defines the target of the legislation, Assemblyman Gonzalez was much more direct in her intentions when she announced this bill:

Quote: “While corporations like Amazon are collecting record profits during the pandemic, employees in their warehouses are being expected to do more, go faster and work harder without clear safety standards,” Gonzalez alleged. “It’s unacceptable for one the largest and wealthiest employers in the country to put workers’ bodies and  lives at risk just so we can get next-day delivery.” (https://a80.asmdc.org/press-releases/assemblywoman-gonzalez-introduces-bill-protect-warehouse-workers-hazardous-working)

This bill comes on the heels of the commencement of litigation regarding safety at Amazon by California's Attorney General Xavier Becerra, who noted in his announcement of the court action:

Quote: "Amazon has made billions during this pandemic relying on the labor of essential workers. Their workers get the job done while putting themselves at risk. It’s critical to know if these workers are receiving the protections on the job that they are entitled to under the law." (https://oag.ca.gov/news/press-releases/attorney-general-becerra-petitions-court-compel-amazon-comply-outstanding)

While workplace safety is of paramount importance, these recent state actions appear to attribute malice to a company who's online shopping and home delivery became essential to ensuring the safety of the population at large during the current pandemic. One does not have to ponder too deeply to figure out why the bill only targets large employers of warehouse work while excluding the vast majority of smaller warehouse businesses in the state.

This bill would require specified employers to provide to each employee, defined as a nonexempt employee who works at a warehouse distribution center, a written description of each quota to which the employee is subject, including the quantified number of tasks to be performed, or materials to be produced or handled, within the defined time period, and any potential adverse employment action that could result from failure to meet the quota.