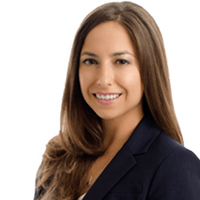 Senate Bill 284, introduced by Senator Henry Stern on February 1, 2021, seeks to amend Section 3212.15 of the Labor Code.  Section 3212.15, effective January 1, 2020, creates a rebuttable presumption that specified firefighters and safety officers who have post-traumatic stress disorder (PTSD) sustained the diagnosis while in the course of employment.  This section is only in effect until January 1, 2025 and is repealed as of that date.

Senate Bill 284, as currently introduced, expands the definition of those covered by the PTSD presumption.  The definition of firefighter is expanded to include active firefighter members at fire departments for the State Department of State Hospitals, the State Department of Developmental Services and the Military Department.  It expands those specified peace officers to include peace officers as defined Sections 830.1, 830.2, 830.3, 830.32, 830.37 830.38, 830.4(b). 830.5 and 830.55 of the Penal Code, who are primarily engaged in active law enforcement activities.  The presumption is further expanded to include public safety dispatchers, public safety telecommunicators and emergency response communication employees, as defined.  The standard for rebutting the PTSD presumption remains the same and can be controverted by other evidence.

The introduction of this Bill could be strategically timed.  First, the risks and dangers firefighters and safety officers face while performing their duties in service cannot be discounted, particularly while there is strong community support to provide protection to first responders during this COVID-era.  Second, mental health illness awareness has grown and is becoming destigmatized, albeit slowly.   While there is undoubtedly public support to protect firefighters and safety officers – as there should be - the dialog of this Bill should start with this: Existing law protects all firefighters and safety officers if PTSD arises within the course and scope of employment.  Stated differently, this Bill proposes, for an expanded class of first responders, to shift the burden of proof to the employer to prove a diagnosis of PTSD is not work-related with evidence.

The Bill is arguably premature.  Section 3212.15 has been in effect for just over one year and is automatically repealed in less than four years.  This sunset provision suggests a Legislative consensus to analyze data as to the Bill’s effectiveness before the Bill’s expiration.  It is arguable that Section 3212.15, and the proposed amendments as provided in SB 284, should be assessed closer to the expiration of the sunset provision.

(E) The State Department of State Hospitals. (F) The State Department of Developmental Services. (G) The Military Department. (2) Active firefighting members of a fire department that serves a United States Department of Defense installation and who are certified by the Department of Defense as meeting its standards for firefighters. (3) Active firefighting members of a fire department that serves a National Aeronautics and Space Administration installation and who adhere to training standards established in accordance with Article 4 (commencing with Section 13155) of Chapter 1 of Part 2 of Division 12 of the Health and Safety Code. (4) Peace officers, as defined in Section 830.1, subdivisions (a), (b), and (c) of Section 830.2, Section 830.32, subdivisions (a) and (b) of Section 830.37, Sections 830.1, 830.2, 830.3, 830.32, 830.37, and 830.38, subdivision (b) of Section 830.4, and Sections 830.5 and 830.55 of the Penal Code, who are primarily engaged in active law enforcement activities. (5) (A) Fire and rescue services coordinators who work for the Office of Emergency Services. (B)... Med-Legal Fee Schedule, as explained by the DWC
Brenna Hampton